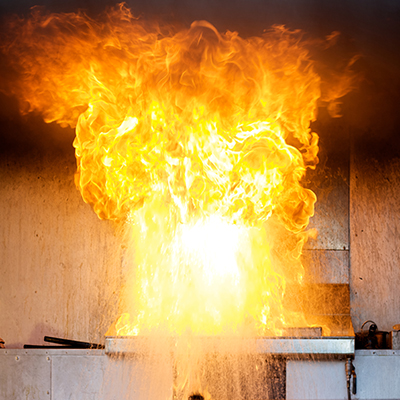 One of the most common causes of house fires are grease fires in the kitchen. These fires need to be handled quickly and without hesitation to prevent the spreading of flames. Below are a few common ingredients to put out grease fires in kitchens and those that should never be used.

How to Avoid Grease Fires

Grease fires are caused by overheated oil. To prevent overheating and ignition, remove any smoking oil from the heat source immediately. Besides intentionally heated oil, oily or greasy burners, microwaves, as well as standard and convection ovens can cause grease fires as well.

In case of a grease fire, remove the heat source by shutting off gas or power and attempt to remove oxygen by covering the pot with a non-flammable lit or pan. If these attempts are unsuccessful you can use the following kitchen ingredients to put out the flames.

The following ingredients should NEVER be used to put out a grease fire:

Remember, don’t use a water-based extinguisher due to the effect water has on grease, which were mentioned above.